Dean, The Institute for Legal Studies

After law school, Nick Riggs engaged in the general practice of law for several years with the firm of Frockt & Klingman in Louisville. He was later appointed to the positions of city administrative officer, city clerk and tax assessor for the City of Shively, Kentucky. After his stint in municipal government, Nick turned his attention to legal education. Since 1987, he has been the dean of Legal Studies at Sullivan University. Currently, Nick serves as the chair of the university’s academic council. 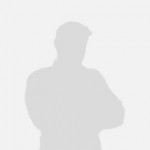