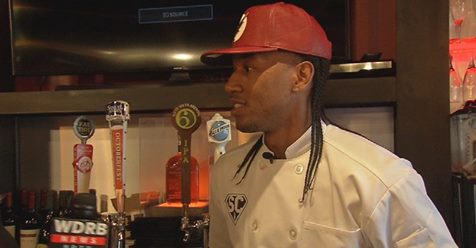 “I am so thankful,” Ferguson posted on his Instagram account. “I went against the most talented chefs tonight and was able to come out with the win.”

The five chefs in the competition had to create a full Thanksgiving dinner in just three hours without the use of key kitchen equipment. According to the Food Network’s website, “Host Giada De Laurentis puts the creative chefs to the test, challenging them to prepare the most delicious and innovative turkeys, side dishes and desserts to ever hit a dining room table.”

Ferguson and childhood friend Ryan Bryson opened SuperChefs in 2012. He earned the nickname “SuperChef” while serving as a chef for Team USA during the 2008 Beijing Summer Olympics with the Sullivan University team.

“Focusing on intense flavors, vibrant palettes, great customer service and creative presentations, SuperChef’s Breakfast & More will bring back excitement to the most important meal of the day,” SuperChef’s says on its website. 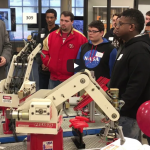 Learn how to program and use robots at Sullivan’s College of Technology & DesignBlog, Frontpage, Latest News 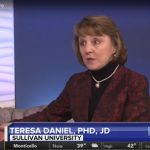